Galerie Berinson presented an exhibition of the entire series of eleven portraits shot by Hilsdorf in Menzel’s studio. Most of these photographs have been unknown until the exhibition and this was the first time that the series has been shown in its entirety. They were contained in a single album, which comes from the estate of Menzel. The photographs range in size from 20.1 x 15.5 cm to 14.5 x 10.5 cm.

Jacob Hilsdorf was born in 1872 in Bingen, Germany. Like his father, Johann Babtist, and his brother, Theodor, before him, he was trained as a professional photographer. Upon his father’s retirement, he took over his father’s studio in Bingen and ran it until 1914. Two years later, at the peak of his career, Hilsdorf committed suicide. During his lifetime, he was considered one of the leading society photographers in Germany. Politicians, aristocrats, artists and business leaders from Germany and abroad had their portraits made by him.

Adolph Menzel (1815 Breslau–1905 Berlin) was one of the most important painters and draftsmen in 19th Century Germany. His work is characterized by a wide variety of subjects and techniques. For many years, he was perceived mainly as a great exponent of Realism, but, in fact, his works anticipate Impressionism. The son of a lithographer and largely self-taught, Menzel created works based on the life of Frederick the Great, contemporary history and realistic genre scenes. Menzel obtained the status of freeman of the City of Berlin in 1895 and was granted nobility three years later by William II. 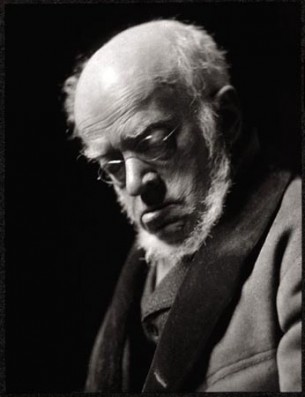