Galerie Berinson is exhibiting 17 works by photo artist and designer Nathan Lerner. These are the originals from Lerner’s first solo show in 1973 at Bradley University in Peoria, Illinois, USA. At the curator’s suggestion Lerner for that made large prints of motifs, which he made during his studies at the New Bauhaus between 1938 and 1943 and which had never been exhibited before.

At the age of 18, Lerner was a student of the Russian-French painter Samuel Ostrovsky at the Art Institute of Chicago and later engaged in photography. In 1935 he made a series on the immigrant neighborhood „Maxwell Street“.
On recommendation of Alexander Archipenko Lerner attended the school of the New Bauhaus in Chicago as from 1937 which was founded by László Moholy-Nagy. He studied i.a. with Gyorgy Kepes, became his assistant in 1939, and developed artistic photographic experiments, such as the light box. Lerner’s trademarks are light installations and light drawings.

From 1939 to 1942 Lerner taught at the School of Design (former New Bauhaus, since 1944 Institute of Design) and was dean from 1945 to 1949. In 1949, Lerner left the Institute of Design and opened a design office together with the emigrated Hin Bredendiek (Lerner-Bredendiek Design, later Lerner Design Associates). Until 1973, Lerner successfully devoted himself to the design of everyday objects (e.g., Roll-on deodorant, nail-polish bottle with brush, shoe polish applicator, honey bear container).

Since 1968 he was married to the Japanese pianist Kiyoko Asai.
In 1973, the Lerners discovered the artistic work of today’s leading representative of Outsider art, Henry Darger (1892-1973). While clearing his premises they found a world of drawings, watercolors, collages and manuscripts, all created by Darger. Lerner instantly realized the significance  of their discovery. After Darger’s death, the couple took care of the estate and the posthumous recognition of the artist. 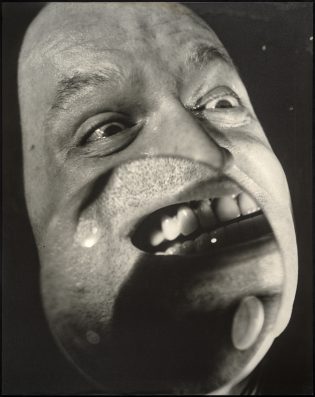