All vintage prints are from the Berinson Collection. The photographs era predominantly dated from the years 1935-1945. In general the titles derive from Weegee’s original descriptions.

Weegee (Arthur Fellig, née Usher Fellig) was best known as a press photographer, and focused his lens primarily on sensational crime and accident scenes in New York City. Born in 1899 to a Jewish family in Zloczow, Poland, Weegee emigrated with his family to New York in 1906. In 1913, at the age of 14, he dropped out of school, four years later, he left his family home, sleeping in hostels for the homeless or in the train station. In 1918, after trying for some time, Weegee was given his first job in a photographic studio. From 1924 through 1927 he worked in the photographic laboratory of Acme Newspictures, occasionally assisting with press photography at night or in disaster situations. In 1935 he left Acme to begin his career as a freelance photographer. He turned to reporting, concentrating on events involving the New York City police department. It was during the years 1935 through 1947 that Weegee’s most famous and unmistakable images were photographed: crime scenes, auto accidents and other catastrophes, arrests, suicides, and murders, among other things. The police department estimates that Weegee took 5000 pictures during this period. Apart from his photojournalistic work, Weegee also photographed couples at the cinema, bathers on Coney Island beach and masked dancers at charity balls. His sensational photographs of social decay and violence during the Great Depression were printed by leading daily and weekly newspapers throughout the United States. Weegee died in 1968 in New York.

The currently shown pictures are a selection of the exhibition Weegee`s Story. A Photojournalist in the 1940s. From the collection of Hendrik Berinson and were shown at the following places: 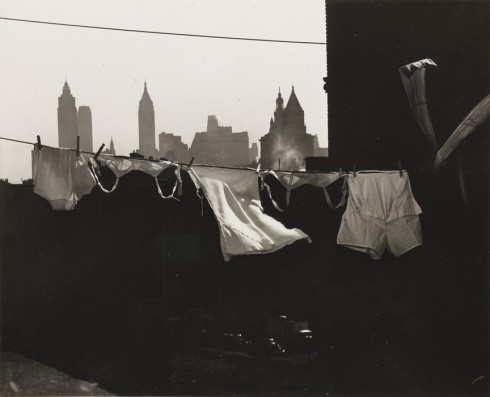