Molinier was considered an outlaw artist in his native Bordeau for his spiritually-infused and subversive paintings of the 1940s through 1974 which explore all manner of sexual gratification by and among women and hermaphrodites both real and imagined.

In the 1960s Molinier created an obsessive photographic documentation of his private “male lesbian” fantasies. Her realizes through the creation of a variety of fetish objects – including elyborate, life-size female doll parts and masks, as well as dildoes – with which he posed in photographs. 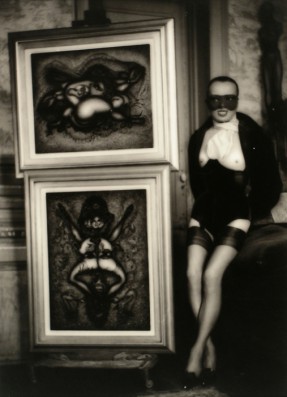