Galerie Berinson is exhibiting sculptures and reliefs by Hungarian-British artist and sculptor László Péri, created between 1933-1950 in England. The works come directly from the artist’s estate.

Péri was born as Ladislas Weisz in Budapest in 1899. After an apprenticeship as bricklayer he studied sculpture in Budapest in 1918 at the workshops for proletariat fine arts where he got in contact with Lajos Kassák and other activists. After short stays in Vienna and Paris in 1919 Péri settled in Berlin in 1920. There he lived until 1933, created first abstract geometric reliefs and turned to making figurative sculpture in the late 1920s.

Péri was one of the leading constructivist artists in Berlin in the early 1920s. Between 1922 and 1924, Péri’s sculptures were exhibited in Herwarth Walden’s gallery Der Sturm in Berlin alongside works by László Moholy-Nagy. Péri’s works were also depicted in the same-named journal between 1921 and 1927. In 1923 he exhibited a big three-piece composition at the Grosse Berliner Kunstausstellung, among contributions of El Lissitzky and van Doesburg. The same year Péri joined the German Communist Party (KPD). In 1924 his constructivist design for a Lenin tribute was shown at the first German art exhibition in Moscow. From 1924 and 1928 he worked for the Berlin city building office. From 1928, he gave up constructivist work and turned to figurative art. The same year Péri signed the manifesto of the Association of Revolutionary Visual Artists of Germany, which called for a revival of the idea of “proletarian culture”. He was also a member of Die Abstrakten (The Abstracts) and Rote Gruppe (Red Group).

In 1933 Péri emigrated to England together with his wife Mary Macnaghten. There he was naturalized in 1939 and adopted the name “Peter Peri”. Most of his works remained in Berlin and were destroyed. In England he was a co-founder of the Association of Artists for Revolutionary Proletarian Art, and had contact with John Heartfield. In 1939 he received the British citizenship and became a member of the British Communist Party. He was co-founder of the Artists International Association.

Since 1933, Péri has dedicated his sculptures and reliefs to the lives of the people of London, his groups depict everyday scenes of working-class life. He expressed his work in the new material concrete, which apart from artistic aspects was also cheap and easily available.

He received many commissions for the design of public spaces after 1945 and created decorative art mainly for common areas: schools, hospitals, housing estates.

Péri was a pioneer in using concrete for sculptures and specialized in architectural reliefs in colored concrete. He developed an own recipe for the used material ‘Péricrete’, a mixture of concrete with polyester resin and metallic powders. 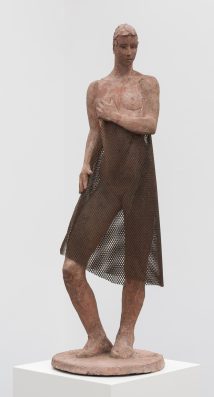