Photos from the Eastern Front

Dieter Keller was the publisher of the Kosmos publishing house in Stuttgart. He was a close friend of Willi Baumeister and Oskar Schlemmer, as well as having numerous friendly contacts with famous artists of the day.
Keller left behind him a mixed bag of some 200 photographs, which he took with a ‘Russian Leica’ when he was a soldier deployed in Russia. As well as portraits of the local population, and landscape and village shots, the pictures focus above all on the destruction wrought by the war – the dead, deformed bodies of fallen soliders, civilians and animal corpses. As far as we know to date, Keller’s detachment in Russia was primarily deployed in the border region between Belarus and the Ukraine.

These photos are the only surviving pictorial records of this time. They were selected and enlarged by Dieter Keller himself. Each picture is a unique copy, as all the old negatives were destroyed by an explosion in 1958/59.

On request we will be pleased to transmit a PDF file containing all photographs of the collection. 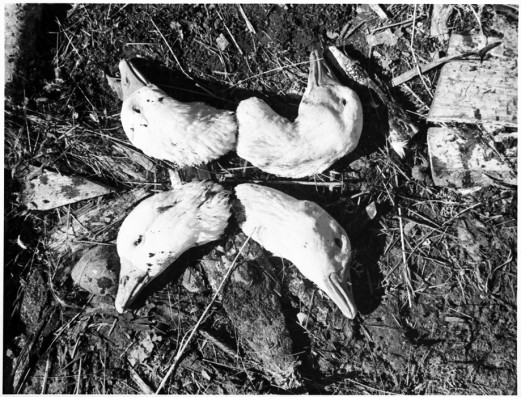