Wols, considered to be one of the key figures of “Art Informel”, was not only a famous painter, but also among the most innovative photographers of his time. Born in Berlin in 1913, Alfred Otto Wolfgang Schulze (who adopted the pseudonym, ‘Wols’, in 1937) was self-taught, growing up in Dresden and working briefly in the studio of photographer Genja Jonas in 1931, before moving to Paris the following year, at the age of nineteen. Wols went to Paris at the suggestion of László Moholy-Nagy, and though he met, among others, Fernand Léger, Amédée Ozenfant and Jean Paul Sartre, among others, he was rarely in touch with other artists. Living illegally in France, in depressed conditions and with very little money, Wols understood himself as an ”apatride”, a homeless person. After several such years in Paris, Wols spent three difficult years in Spain, then returned to Paris. Attempting again to earn a living, his only professional success was his work as the official photographer of the ”Pavillon d’Élégance” at the World Exhibition of 1937. With the beginning of the Second World War in 1939, Wols was interned for several months in various French camps. In 1945, he returned to Paris a broken man. Spending his final years bedridden by years of poor health and alcoholism, Wols died in Paris in 1951 at the age of 38.
Wols’ photographic works were created primarily between 1932-1941, including Parisian motifs, abstractions, portraits, fashion images and still lifes. Wols’ original and highly individual photographs were a departure from the styles and techniques of his contemporaries, and introduced a new aesthetic to the photographic medium. Although many photographic negatives remain today, very few vintage prints by Wols are known to exist. 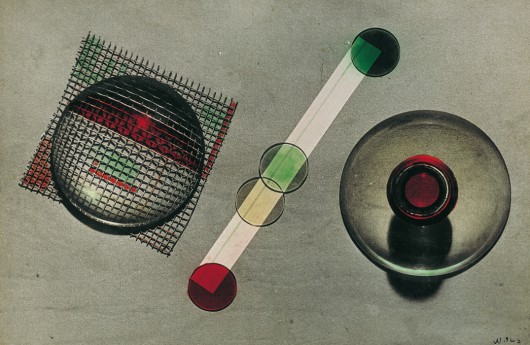