Man Ray was born Emmanuel Rudnitzky in Philadelphia in 1890 and is considered one of the most important and versatile artists of the 20th Century.

A close friend of Marcel Duchamp, he established himself in the New York Dada movement. Man Ray moved to Paris in the early 1920s and became a central figure in the Surrealist group founded by André Breton.

Although he worked in a variety of media, including painting, sculpture and film, photography became a principal focus. In photography, Man Ray contributed several technical innovations, including the „Rayograph“, a „photogram“ or cameraless photograph and „solarization“, which imparts a „corona effect“ to a photographic print during the developing process by exposing it to light before fixing it chemically. Simultaneously, Man Ray was also becoming known for his photographic portraits of other artists and cultural figures. Man Ray died in Paris in 1976. 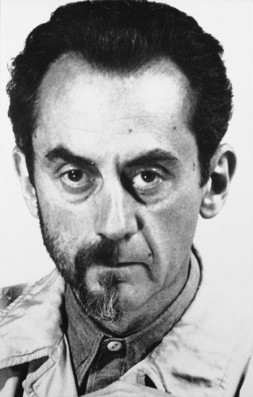